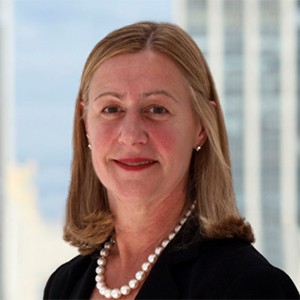 Before joining Mercer, Rian worked at Towers Watson and its predecessor firms. Rian has broad expertise in the legal and business issues impacting all of Mercer’s businesses.

In 2013, Rian was named by Women, Influence & Power in Law as one of the top women general counsels (GCs) in America. One year later, Inside Counsel named her one of the R3-100 — women who will be ready in less than three years to become the GC of a Fortune 500 company.

Rian has been a featured speaker at a number of programs on the role of corporate counsel as well as programs on ERISA. She is a recognized expert in the field of professional malpractice in the actuarial profession.